Sharp slowdown in economic activity in the Eurozone in 3Q 2022, as opposed to recovery in the US and in China 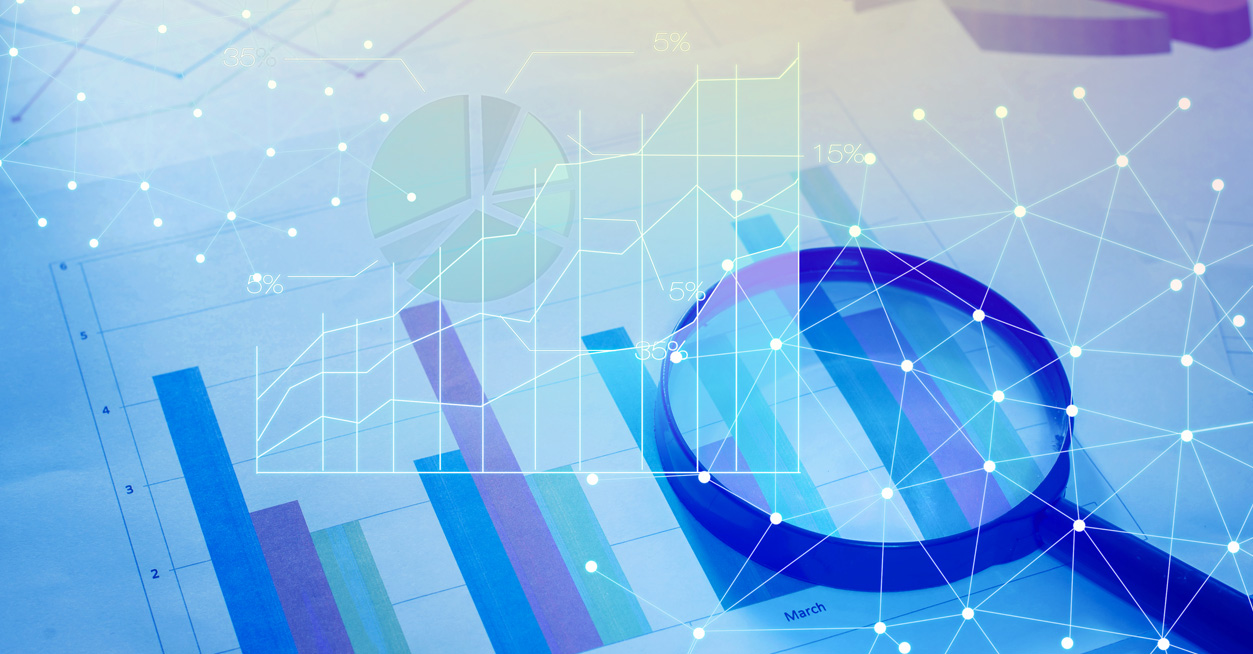 The Nowcasting models signal a sharp slowdown in economic activity in the Eurozone in 3Q 2022, as opposed to recovery in the US and in China. The outlook is negative in Europe in particular, where signs of a recession are increasing.
Read More

The NECE Nowcasting models signal a sharp slowdown in economic activity in the Eurozone in 3Q, due to high energy prices, as opposed to a recovery in the US and in China.

In 2Q 2022, GDP growth in the Eurozone (and in Italy especially) was robust, driven by post-Covid reopenings, which benefited the tourism business in particular. Eurozone GDP grew by 3.1% q/q annualised, as opposed to 4% growth in Italy, well above potential. On the other hand, activity was weak in the United States and in China: the US were affected by the drag resulting from a negative contribution of inventories, whereas China was impacted by the lockdowns imposed by the government to contain the new Covid infection clusters. The clusters were detected in some of the most important regions of the country in economic terms, such as Shanghai, resulting in a sharp drop in economic activity.

However, in 3Q the scenario changed: the Eurozone will experience a sharp slowdown in activity. Recent data signal a stagnation of economic activity, if not even a slight contraction, with Germany emerging as the economy most at risk. This is tied to the fact that the boost from reopenings is waning, while high energy prices are increasingly a negative factor.
The other two major economies should experience a recovery in economic activity, on the other hand, more moderate in the US due to the cooling effect of the Fed’s restrictive monetary policy, and stronger in China, set to benefit from the technical rebound triggered by the lifting of the lockdowns.
This is the message sent by the NECE nowcasting models, that estimate GDP growth based on the economic data available on the quarter (currently 55% of the total on average). 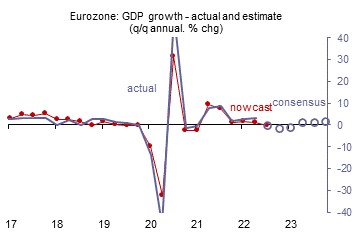 Focus is now on the coming quarters, marred by a worsening of growth prospects:

• The Eurozone is the region for which the economic outlook is most negative, and the signals of a recession are most evident, due to the energy crisis.
It should be said that the data released so far are mostly consistent with an essentially stagnant economy, although the probability of a recession has greatly increased, as signalled by the ongoing, sharp deterioration in consumer and business confidence. The effect of the reopenings is waning, while the drag deriving from the rise in gas prices is increasing, and is now filtering through to the prices of a vast category of goods and services, eroding the purchasing power of households and inflating the production costs of businesses, to the point of making some productions no longer profitable. This dynamic will worsen in the winter season, when energy consumption will increase.
The Eurozone countries have been swift in stocking up with gas, but will in any case have to implement energy saving measures in the next few months, that risk turning into a full-fledged rationing in the event of the winter proving particularly cold, or of Russia deciding to fully shut down gas supplies, after already sharply reducing flows over the past few months.
While the national governments are ready to intervene with new stimulus measures to mitigate the fallout of the energy crisis on businesses and households, they are unlikely to be able to avoid a recession.

• The United States will be affected by the drag deriving from the Fed’s restrictive policy, aimed at cooling demand in order to push inflation down. The fist sector to be affected was real estate (highly sensitive to interest rates), that has already weakened considerably. However, the consumption trend is also starting to show signals of slowing: in addition to rate hikes, spending is being affected by the surge in inflation.

• In China, after the solid rebound expected in 3Q, growth will il all likeliness slow back, affected by the drag deriving from a challenged real estate sector, slowing global demand, and the risk of new lockdowns within the framework of the “Zero Covid” policy, while the weakening of the national currency against the dollar is limiting the central bank’s leeway in supporting the economy with further monetary stimulus. 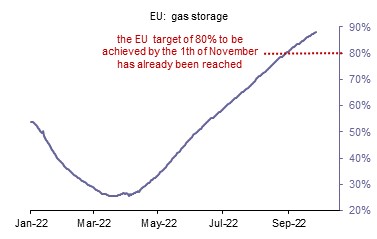 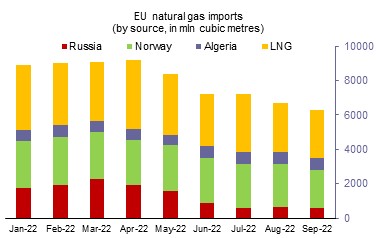 What to high-frequency indicators tell us?

High frequency indicators tell us that Covid infections are no longer a scare, and that mobility has returned to pre-Covid levels. The same applies to restaurant table reservations.
The reason for this is the less aggressive nature of the virus currently in circulation, that has allowed governments to confirm the removal of restrictions. Data on air travel are still lagging behind somewhat, affected by the imbalance between strong demand for travel and supply-side constraints (mostly tied to the lack of staff).

As risks to growth are currently do not stem from the pandemic, high-frequency indicators are less effective than they have been in the past few years in providing forward-looking indications on the dynamics of the economy, that will essentially depend on developments in terms of the energy crisis and, and on the effects on the behaviour of consumers and businesses of the monetary tightening implemented by the Fed.

MOBILITY INDICES FOR RETAIL AND RECREATION: 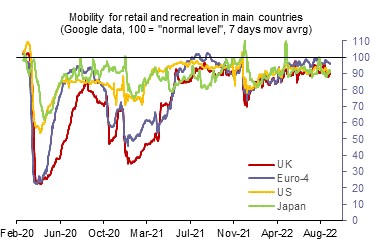 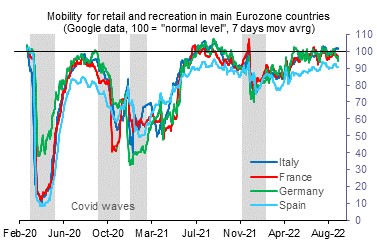 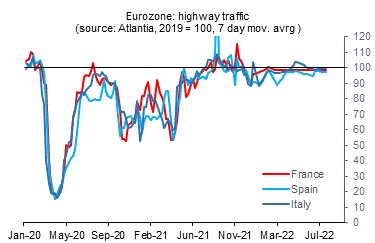 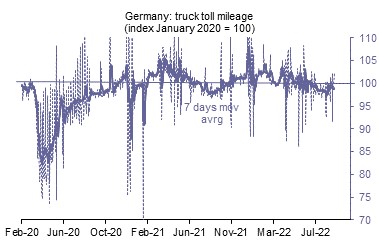 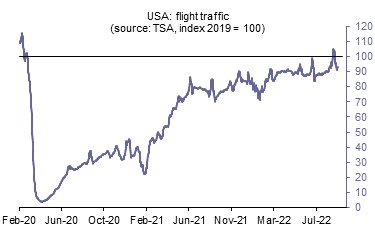 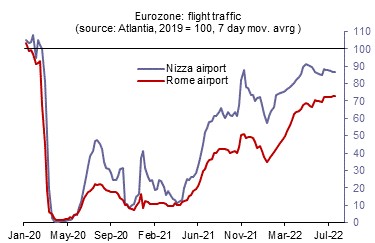